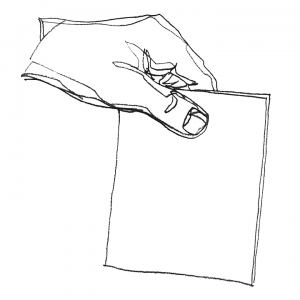 Toledoans will head to the polls today to vote on city council, school board and municipal court judgeship races.

Toledo voters can determine their city council district and view a sample ballot on the Lucas County Board of Elections website. Users can select “Voter Search by Name” on the homepage and enter their first and last name.

Voters in Toledo’s Washington Local Schools district will vote on ballot issue 7, proposing the issuance of bonds for school construction and levy a tax increase for operating expenses.

The University of Toledo, located within district 1 and district 5, is an integral part of the city and its governance. The UToledo Collegian asked what the UT community would gain from their election to office. Here’s what they said:

Judge Josh Lanzinger, a Republican seeking reelection, said he wants to further engage the community and promote criminal justice. Lanzinger said he has been an active judge in his service on the Criminal Justice Coordinating Council’s Behavioral Health committee, the Ohio Judicial Conference’s Professionalism and Diversity committee, and is a part of the UT paralegal studies advisory board.

Tom Puffenberger, a Democrat, said his experience in juvenile, municipal, and county police courts means he’s worked on all sides of the law and would treat people fairly. Puffenberger said he knows what works when people need rehabilitation or help getting their lives on track—especially for college students. He added that the last thing he wants is to take students away from their schooling.

Judge Amy Berling is also seeking reelection to a seat for Judge of Municipal Court and is running unopposed.

Tyrone Riley, a Democrat seeking reelection, said he wants to expand existing relationships with the UT office of diversity and inclusion and student organizations. Riley said he would tap into the minority business community and facilitate community service initiatives. Riley also said he would bring in university voices to figure out how to attract and retain talent in Toledo.

Shaun Strong, a Democrat, said the University of Toledo community is a priority for him and he would provide responsive, responsible leadership. Strong wants to engage all constituents in the processes of local government to assure safe neighborhoods and advance economic growth.

Councilman Matt Cherry, a Democrat seeking reelection, did not respond to request for comment.

Abigail Sadowy, a Republican, did not respond to request for comment.

Glenn Cook, a Republican, did not respond to request for comment.

Theresa Gadus, a Democrat, did not respond to request for comment.

June Boyd, a Democrat, could not be reached for comment.

Councilwoman Yvonne Harper, a Democrat seeking reelection, did not respond to request for comment.

Sam Melden, a Democrat, said he wants to facilitate a positive relationship between UT and the surrounding neighborhoods to create more reasons for university students to move into those neighborhoods after graduating. He would work with the university in voter registration efforts and engaging students in local government in a more meaningful way, Melden said.

Tom Names, a Republican, said he would partner with the university’s engineering department for studies on roads and construction as well as the environmental sciences department for studies on Lake Erie and combatting climate change locally. He wants to work with police to assure a safe campus, especially for women as they may be at risk of human trafficking, Names said.

Councilman Chris Delaney, a Democrat, said that as a UT alum and previous part-time instructor, the university community will have direct knowledge of his dedication and work ethic. He stressed the importance of higher education and if reelected wants to work with the university to continue to make Toledo a great place to live, Delaney said.

Ron Murphy, a Republican, said he wants to fix roads through more efficient spending, saving students money in car repairs as well as eliminating red light and speeding cameras. Murphy said his policies will create jobs and economic growth so students can find employment in their field without leaving Toledo. He wants to “properly” fund police to make the city, and campus, safer.

Voters will choose up to two candidates for school board.

Voters will choose one candidate for the seat.

Voters will choose two candidates for the seat.

Vallie Bowman English is running unopposed for the seat.

“We feel very confident in their ability to win and eventually lead Toledo and northwest Ohio back to better days,” he said.

UT College Democrats did not respond to a request for comment.